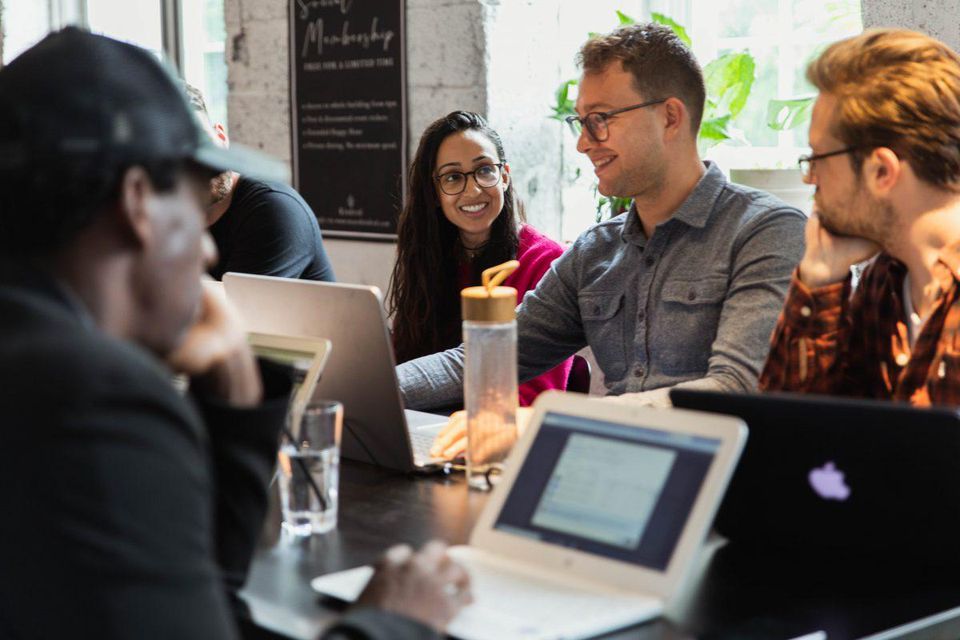 Rebecca Meade
News
Comments are off for this post

Despite the numerous opportunities to feel more connected the online world has provided, the more efficient and proficient the digital space becomes, the less offline interactions happen.

Having trained and worked as a social worker, Anna Anderson, cofounder of “conscious” workspace, Kindred, has experienced first-hand the value of creating strong communities.

She says being in community and having human interactions is better for everyone and can even improve health and longevity. Anderson says the intention behind Kindred, which opened its doors in London in January 2019, was to create a physical space for people to feel like they belonged, both personally and professionally.

More people want to be in collaborative spaces

In a time where it can feel like a new coworking space is opening daily, the demand for having more shared environments is clear.

Opening in New York City in 2010, WeWork has in some ways led the “co-working revolution.” According to the Financial Times, the company is now valued at $47 billion and spent $2.5 billion expanding its global operations last year.

In London in the past 12 months, there’s been a stream of new openings and announcements of members clubs and co-working spaces. From Fora’sseven new locations to women’s clubs The All Bright Collective, and The Wing (due to open in the autumn).

While many coworking spaces gravitate to the centers of town, Kindred has established itself in a suburb in West London. PHOTO BY KINDRED.

There’s no sign of the trends slowing. According to the Instant Group’s 2018 market summary report, more companies than ever before in the U.K. are seeking flexible workspaces rather than conventional setups.

Anderson says with Kindred they saw an opportunity to bring people together in a way that integrated two of the trends—to create the same sense of “home comforts” and belonging of a members’ club, with the workability and “daily office interactions” of a co-working space.

With almost a fifth of people in the U.K. reporting they feel lonely, at least part of the reason for this growing demand is people’s desire for a deeper sense of community and connection. Humans are wired for connection, yet with growing work pressures and increasing amounts of work done online the in-person time becomes less.

Anna Anderson co-founded Kindred with her business partner, Sean Lever, however, says it’s their incredibly passionate team that gives them the “spark”. PHOTO BY KINDRED.

Anderson says creating this sense of belonging was central to Kindred’s foundation. They now receive 30 new membership applications weekly, with 80% of people citing “meeting new people” as their reason for applying, and over half saying they want to be part of a community.

Culture makes all the difference in the strength of community

Creating a sense of community may not be as simple as opening the doors to a new space. Whilst most collaborative workspaces and members’ clubs offer a range of professional networking events, wellness activities and social meetups to their members, it’s difficult to assess how utilized these offerings are.

Members could report they’re seeking that sense of community, however, the development of the culture relies on them taking the responsibility to follow through too—from actually signing up to additional activities or seeking interaction and support.

Kindred have tried a variety of events to engage members and say the most successful are more informal that encourage conversations. PHOTO BY KINDRED.

Anderson says at Kindred they’ve put in a place a few measures to support this culture development from the start. Including assessing applications based on people’s desire for community, and remaining visible and accessible to members, being “on the floor” at all times to encourage participation or provide support as needed.

However, Anderson also recognizes that ultimately some members will be there to “just do the work” and the community is theirs to use in whichever way feels best for them. She says even if it’s not in a shared working space, finding a sense of community is vital for our wellbeing. And it can be sourced in many ways, from adopting a routine in your local area to walking your dog in the neighborhood and meeting new people.

Having a sense of connection eases stress

While loneliness puts people at higher risk of heart disease and cognitive decline, having a sense of community and connection can lower anxiety rates and even strengthen immunity. And co-working spaces are at least partly contributing to encouraging more community, with 89% of survey respondents in a Harvard Business Review article saying they were happier since joining a co-working space.

Anderson echos this, saying since she started Kindred she’s “never been happier” and suggests your community is a particularly great place to return to when the daily stresses start to take over.

This article was written by Danielle Brooker and published on Forbes.com